We are still on the World Vegan Tour 2017. When I travel my first choice in dining has to include the word vegan in the restaurant description. It is very hard to trust chefs that do not understand the requirements of preparing real plant-based meals. Vegetarian and veggie selections in a restaurant that serves animal flesh does not guarantee cross contamination or the use of products that don't look like meat such as butter, animal based oils and animals based seasonings. The selection of vegan restaurants across the USA and the world have increased 10 fold over the last five years.

This summer Dr. Chenu and I spent more than two full weeks in ATL and we were excited to get to some of the new vegan spots we had heard about. Just a decade ago you had only a few choices in vegan foods in in ATL, so when I visited, I found myself just going to the same places and having the same meals that were to my liking. However, on my recent visit, there were more than a dozen choices in VEGAN cuisine from VEGAN grab and go to upscale VEGAN dining with full course meals! I wanted to try them all but just got around to five of them that appealed to me the most. 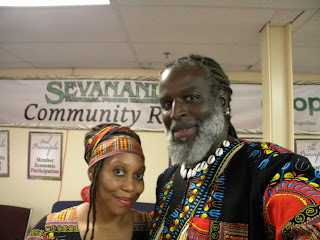 Let's start with the grab and go first and then work our way up the scale. Sevananda Natural Foods Market held some very nice vegan surprises in their deli section. Sometimes a quick prepared meal is necessary on a busy work day. I enjoyed fresh broccoli salad, raw pizza, kale wraps, and a really delicious sweet potato pie. This is a fabulous improvement in their deli department I even took an egg-less salad to go with a slice of vegan chocolate cake. Oh My Goodness, I had to spell that out because the savory flavor were truly to be remembered! 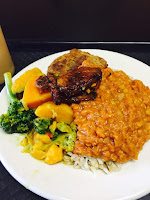 The few days later we visited one of my favorite parts of town the West End for lunch at the Caribbean Vegan Restaurant Healthful Essence. I understand they have been around for a long time and offer both cooked vegan and raw vegan. Being a real Ghana woman now, I can always appreciate any restaurant that has fresh young sweet jelly coconuts! In addition there raw selection included several salads that were very nice and a raw brownie for dessert. Our take away for later included a curry chickpea, pumpkin, collard greens roti! Oh my Goodness, I had to spell it out because the chef knows her stuff with raw and cooked West Indian foods. 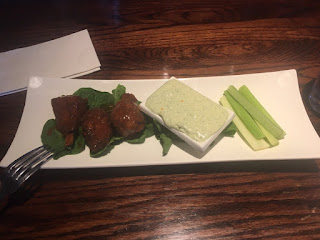 Moving on up the scale, the next day involved a Lyft ride up to Buckhead to a quaint and cute little restaurant call Cafe Sunflower. They had a nice international selection of vegan foods with best wait staff. They had salads, but no raw selections beyond that. So we decided on BuffaloLollipops that offered a nice sugar cane surprise at the end of the dish, we also had the Sesame Vegetable stir fry which was also flavorful and the avocado tacos.WARNING: If you have a sweet tooth, do not go to this restaurant. (smile) They bring out a dessert tray that is totally irresistible, every kind of cake and pie in a vegan's dream is on the plate. We enjoyed some and took some to go.

In my past visits to Atlanta, I ate at the next raw vegan restaurant so much that I could tell you everything on the menu, but I couldn't come to Atlanta without paying the wonderful brothers and sisters over at Lovin' It Live a visit and supporting this great vegan raw foods pioneer. The menu was the same and it was nice to reacquaint our taste buds to fresh, organic cuisine that has always been made to order with love. My favorites include the stuffed avocado, the raw tostados, and taco salad. Still the same friendly faces and the same great taste. 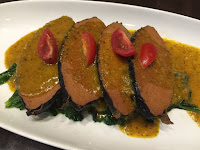 I love upscale vegan restaurants because I like quality service. Atlanta now has a jewel in upscale vegan to brag about. Herban Fix Vegan Kitchen has the right location, the right decor, the right wait staff and the right food. I must tell you we ate here at least 4 times to try the delicious varieties of Asian and fusion vegan raw and cooked cuisine. We also came to the lovely Sunday Brunch Buffet that had many different items than on the regular menu. The prices are also reasonable and in alignment with the service, quality and presentation of the food. 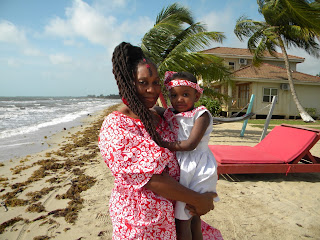 Belize, Belize, Belize has been an international buzz for a few years. You've heard about it, cheap rent, cheap land, close to the U.S. and an English speaking country. It's all true. I visited Belize for a month this year and learned quite a bit about the country and Central America in general. 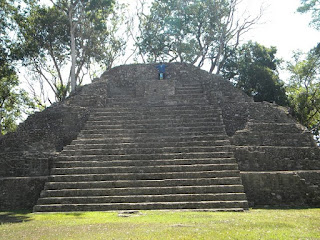 Belize in May was the first international trip for my granddaughter. We enjoyed first the natural beauty of the country with the fascinating natural habitat zoo, the pristine waterfalls in the Mayan mountains, and the lush river front swims and of course the big beautiful ocean that seems to follow us everywhere.

Belize is very family friendly, calm, and peaceful. It reminds me of village life in Ghana. The cycle of the days and nights leave you with a sense of timelessness. No rush, just enjoying the fruits of the earth, the natural essence of the sun, and the flow that comes with the simple things in life. 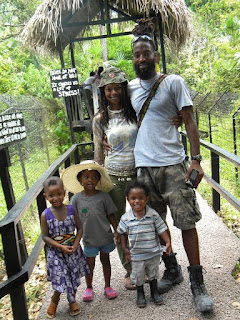 I think the best way to get to know a country on a first visit is to do some tourist things to get to know the history of a place and Belize has at the core of its history the Mayan culture legacy. The pyramids of Central America are still a site to see even in their simplicity compared to Ancient Kemet. The spiritual energy of what took place in these temples, villages, arenas and homes is still prevalent. For the spiritually conscious you will be surprised.

The people of Belize are very welcoming and eager to make sure things go well for you during your stay. We visited several areas including San Ignacio, Bullet Tree Falls, Belmapon, Belize City, and Hopkins Bay. It was very easy to get around, but the private shuttles were way over priced for the service. As far as the most economical transportation, use the local taxis and the long distance buses. Both are great for seeing the country sides. You might even see some familiar faces as there are quite a few ex-patriots who are now calling Belize home. 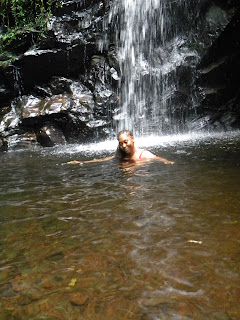 We also looked at the land possibilities and found that there is a big difference in the lands around the city areas and the rural lands. Most land in the cities are real US dollar city prices, so if you go to Belize looking for inexpensive real estate you will have to move further south to the rural areas where you can still get several acres for a real deal.

If I had to rate my visit to Belize I would give it a 8 on a scale of 10 of places to consider living outside of the USA. It's definitely for those who want quiet country living to relax, grow your own food and just enjoy the beauty of nature. The general population is poor and the country still needs quite a bit of development. Another good thing is that your dollar will go a little further in Belize too. The current exchange rate is 2 BZE:1USD which makes the living easy.

I look forward to going again to continue to explore and relax in a beautiful place just two and a half hours flight from my home town! Yep that's another plus, Belize is close to where you're from.