Your Period During the Equinox and the Solstice 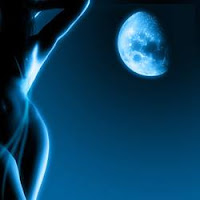 Some women think that their moon cycle is determined strictly by the full moon, however this is truly not the case. The lunar cycle is a twenty eight day cycle that balances the energy of a woman's reproductive health. Every twenty eight days a women's body prepares for conception and bringing forth divine life, which is what she is designed to do. This cycle is evident in the flow of her sacred menstrual bloods that can normally be calculated to the day of when the menstrual cycle will begin.

The woman's body also has a seasonal cycle that most women are unaware of, and this is how the menstrual cycle also relates to the four time shifts of every year that maintains the balance of the seasons on the earth. These are known as the equinox and the solstice. During the two equinox seasons of spring and fall, the sun crosses the celestial equator, when day and night are of equal length. During the two solstice seasons of summer and winter is when the sun reaches its highest (winter) or lowest (summer) point in the sky at noon, marked by the longest (summer) and shortest (winter) days.

For women who use their moon cycle as a part of their techniques for spiritual, emotional and mental balance know that during the full moon is a good time to access positive energy and the new moon is a good time for new beginnings and growth. If a woman is healthy and in alignment with the natural rhythms of the earth, during the equinox her menstrual cycle will be in sync with the full moon. Again if she is healthy, during the solstice her menstrual cycle will be in sync with the new moon. If you have kept track of your cycle over the past year and you eat natural seasonal foods, hydrate properly, avoid medications, get the proper rest and have a system of living that eliminates excessive stress, drama and trauma, you will find this pattern to be true for your body.

Now let's look at the connection with the moon, the seasons and reproduction. The beauty in the creation of the woman's body goes far beyond her physical. As a divine feminine her ability to sustain life on the planet through conception and birthing is hands down one of her most beautiful features. Ideally the period only happens when conception is not achieved. Then the woman's body is then given a time to cleanse and rejuvenate over the next twenty eight days of each month. If the menstrual cycle comes forth during the full moon and the equinox it creates the venue for the woman to spiritually and physically enhance her nurturing skills, cultivate her creativity and a greater expanse of time to pamper herself with the extended days over a three month time frame. If the menstrual cycle comes forth during the new moon and the solstice, the seasons create the venue for the woman to mentally and emotionally reorganize her life, easily make positive plans for the future, change destructive habits, and move in and out of relationships that no longer serve her highest good. Take notice: you have probably had the courage to leave the most unhealthy relationships during the summer and winter and around your menstrual cycle time. ;-)

The power of the feminine divine is immeasurable and the creator designed these cycles of nurturing self for the care and protection of the world. Your menstrual cycle is a natural part of you and never let anyone tell you that it does not serve you well. Which leads me to my next point, apparently there some old men and some young men, I won't name names that have been perpetrating a farce about the menstrual cycle being unnatural, well I have a few words to say about that on in my next blog. We'll elevate from that level of stupidity and set the record straight. Stayed tuned.

Learn more about the divine feminine in my latest book
Holistic Sexuality: A Practical Guide to Sexual Healing
Click here to get your copy.
Posted by Dr. Akua Gray at 1:03 PM